The plan totals an estimated $1.83 billion in relief, including income and property tax rebates and a temporary cut in several sales taxes.

“Starting tomorrow, every Illinoisan will get tax relief on essentials: groceries, gas, your home, and back-to-school supplies, with even more tax relief going into effect next year,” Pritzker said on Thursday.

“We are sending $1.8 billion in tax relief to Illinois families – and we are doing that because Democrats balanced the budget, eliminated the bill backlog, and state government is now running a surplus,” he said.

The state’s 1% sales tax on groceries will be suspended from July 1 through June 30, 2023, saving consumers $400 million, according to the governor’s office.

The state’s normally scheduled increase in the motor fuel tax will be delayed from July 1 to January 2023, saving consumers an estimated $70 million.

The state is also providing property tax rebates for eligible homeowners in an amount equal to the property tax credit they qualified for on their 2021 Illinois tax returns — up to a maximum of $300.

Sales taxes for qualified clothing and school-related items will be reduced from 6.25% to 1.25% for a 10-day window from August 5 to 14, saving consumers an estimated $50 million, according to the governor’s office.

Items include qualifying clothing and footwear with a retail selling price of less than $125 per item. Eligible school supplies are not subject to the $125 threshold.

The Family Relief Plan also permanently expands the state’s earned income credit from 18% to 20% of the federal credit, while expanding the number of households covered. The governor said this will put an additional $100 million per year back into the pockets of families.

“Amid historic rates of inflation, the people of our state deserve to know that they are not on their own. We are with them,” said Lt. Governor Juliana Stratton.

“This $1.8 billion in tax relief ensures that Illinoisans in every community, rural and urban, are seen and supported. When our residents are feeling the weight of buying food, gas, and making ends meet, Illinois acts to ease the burden,” Stratton said.

Income and property tax rebates will be automatically issued to all of the estimated 6.2 million taxpayers who qualify under the Family Relief Plan based on information included in their submitted 2021 tax returns.

Comptroller Susanna Mendoza will issue the rebates and expects to begin to send checks the week of September 12. Distribution will take roughly eight weeks after the rollout begins.

“The bond rating agencies have praised the approach Illinois is taking now by budgeting responsibly, which is why they have given us six upgrades in the past year, compared to eight downgrades under the previous administration,” she added. 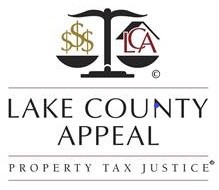